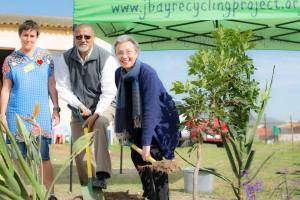 On Monday 8 May 2017 the JBRP celebrated 500 tonnes of recyclables collected by the children of the Recycling Project. To commemorate the occasion, a tree (Ekebergia capensis), donated by The Supertubes Foundation, was planted by the special guest of honour, the Mayor of the Kouga region, Mrs Elza van Lingen. This was Mrs van Lingen’s first visit to the project and she was very impressed with the children the volunteers and the project itself.

Other guests of honour included Kouga Councillor Danny Benson, the Sunshine Club, who kindly let us use their premises every Monday. Representatives of the Jeffreys Bay Wind Farm, Food lovers Market, Environman, Rotary, the local press and many members of our NPO network “Kouga2Gether“, including Ikhala Trust, Joshua Project, SOS, Connect Home Visits and Mpendulo Trust, all of whom are serving the community and sharing resources with our project. 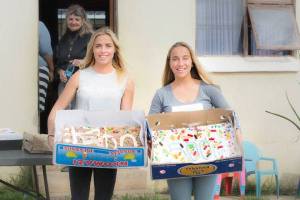 A huge thank you goes out to Pieter and his team of Green Earth Landscaping and Michael Kennedy for donation of trees and digging of holes.

The Recycling Project has grown and grown since it inception in 2011, and over the years the collective energy of everybody involved, whether directly on a Monday, or by knitting blankets, donating goods or money, helping with admin, mentoring, talking about the project or sending positive vibes from all over the world has made it possible for the project to have collected 500 tonnes so far. Thank you to each and everybody for your involvement.
And now to the next 500 tonnes!!! 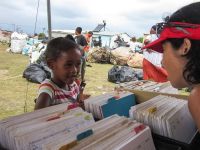 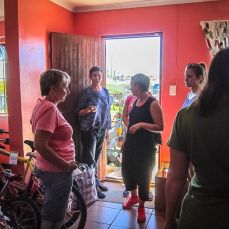 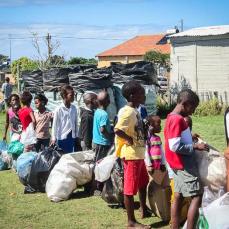 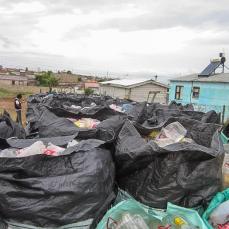 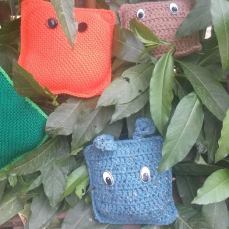 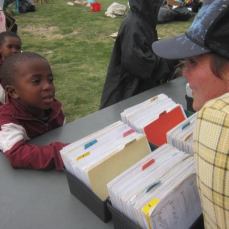 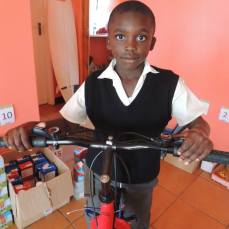 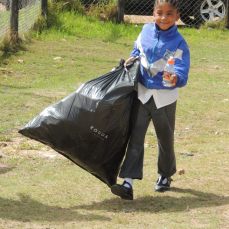